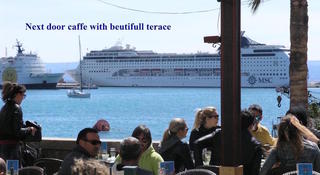 Near Beach
Galeria Valeria HISTORY Galeria Valeria was the daughter of Roman Emperor Diocletian and wife of his co-emperor Galerius The story of Galeria Valeria is a tragic and poignant one of an empress whose life and death were totally dictated by the politics of the period. Dioklecian's first confidant who was in charge of the shipyard and the naval fleet lived in this house. Car Diocletian gave her daughter imprisoned to this house because she helped the Christians Many years later, the house served a different purpose. Thanks to its authentic exterior and interior it was an inspiration to many musicians. Famous Croatian musician Jole recorded his music video in the front yard of this house; the same year, scenes for a famous Croatian soap opera Lara, were shot in this house. Some of our famous guests include royalty and many international celebrities such as the cast of Game of Thrones etc. Visit Split and discover its beauty and history. NEIGHBORHOOD AND PROPERTY Galeria Valeria consisting 9 luxury rooms is located in the heart of Split,15 feet from the sea, in the City's UNESO protected area as the The main attractions of Split are two minutes away – Split National Theatre, Marjan National park, Jadran beach, Pjaca (the main square where you can find many pubs and restaurants), museums (Nautical, Archaeological, Ethnographic, etc.), the Poljud football stadium as well as Diocletian's Palace – one of the main preserved Roman monuments in the world, and part of Unesco's list of World Heritage. On the left side of the villa is the main and traditional promenade Riva, where you can enjoy the first morning coffee, and get a taste of local food in one of many fine restaurants. Riva is connected with another promenade called West Coast, a modern promenade that was designed as South Beach in Miami. The Galeria Valeria is located in the part of the city called Matejuška. It is the traditional part of Split, as it was and still is a place where fishermen meet in the early m
detalii
ZBOR + CAZARE
de la
EUR55438EUR
pentru 2 adulti
vezi detalii 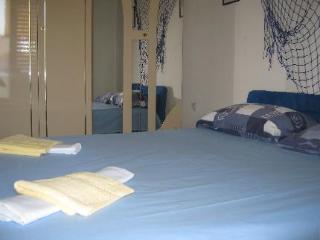 Near Centre vezi hotelul pe harta
Apartman Jagoda Guests checking into the 3 star rated. Apartman Jagoda in Split are assured of a warm welcome. On site car parking is available at the house.  Smoking is permitted in both the bedrooms and the public areas of the house. Please specify when booking. All rooms have tea and coffee making facilities. Other Info. The hotel offers an airport shuttle service. Pets are made most welcome at the hotel. Apartments and rooms are 15 minutes by foot from the Diocletian's palace and old town,supermarket and shoping center is 5 minutes by foot ,beach is 10 minutes by foot. We also  have offer for transfers to the airport and from airport  (charge). Please when you make booking write aprox. time of arrival.
detalii
ZBOR + CAZARE
de la
EUR71438EUR
pentru 2 adulti
vezi detalii